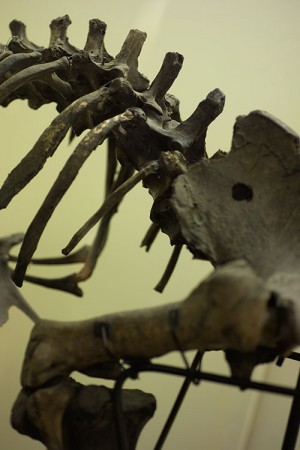 Moa and other extinct birds

The North Otago Museum has a collection of bird bones from the Waitaki region. The Waitaki was home to other birds which are also extinct. These birds include Pouakai (Haast’s eagle), the Adzebill and Whēkau (Laughing Owl). These animals became extinct because of human impact.

There is even an extinct bird, the New Zealand musk duck, named after Dr de Lautour, the former Curator of the Oamaru Museum!

For more information on this collection see our blog post on a recent project registering the bird bone collection.